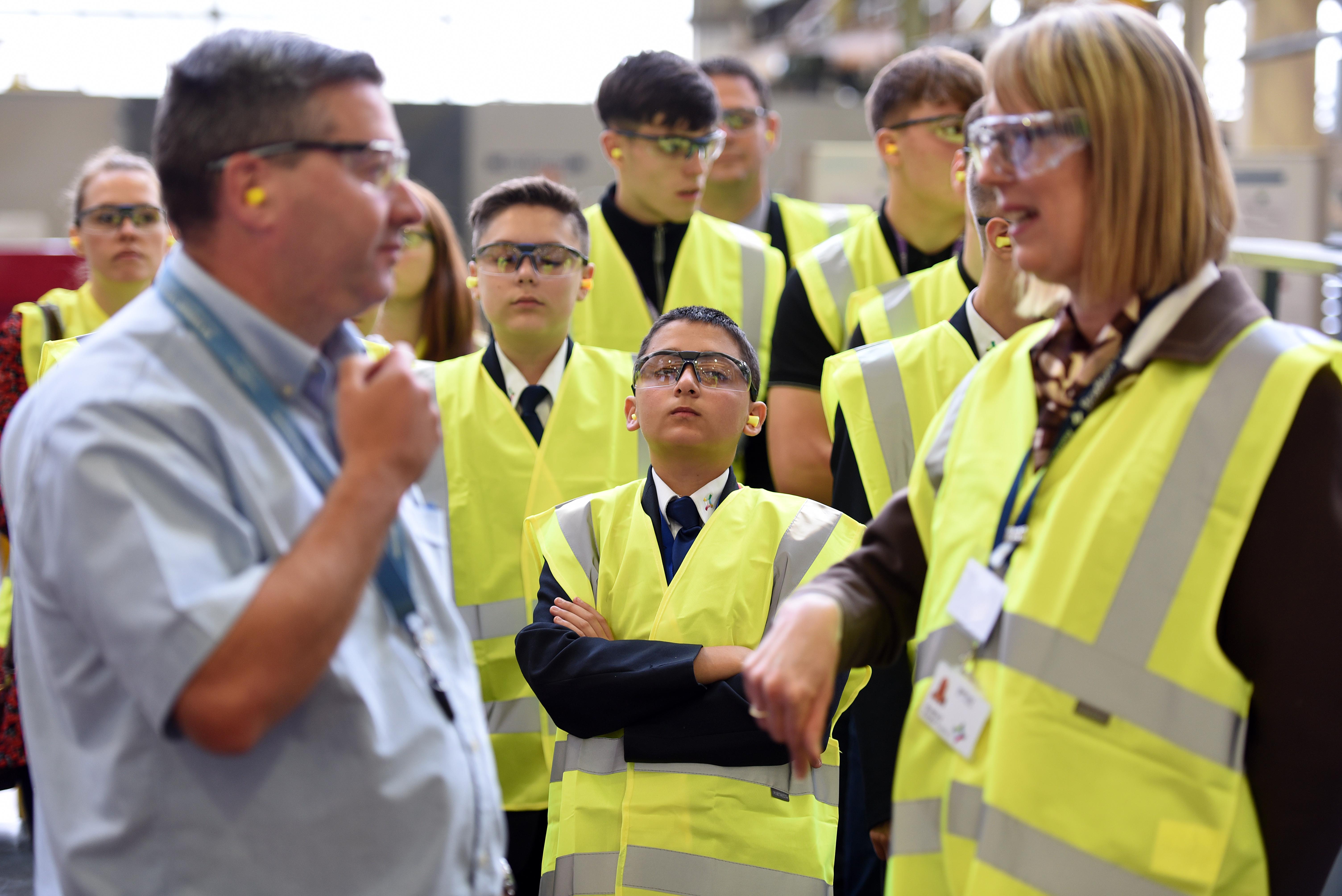 “Since Bradford Manufacturing Week 2018 we have found that students who took part have tended to select manufacturing-based options when looking for their next placement. It’s clearly had a lasting impression on our students” Angela Brackley, careers coordinator at Bradford Forster Academy

Bradford Manufacturing Week 2018 saw over 3,000 manufacturing experiences offered to students across the district. One school that benefitted from these opportunities was Forster Academy, in Bradford.

Angela Brackley joined Forster Academy as their careers co-ordinator in September 2018. Being new to the role and to Bradford, she saw the initiative as an opportunity to broaden her knowledge of the local employer landscape and to introduce students to the world of manufacturing.

Having previously worked as a business teacher, Angela knew the challenges that schools face when trying to engage with companies and build links outside the school. She said: “The beauty of Bradford Manufacturing Week was that it did the hard work for us. It established connections with businesses, some of which we have now maintained, extending the benefits of the initiative far beyond a week.”

During the event two Forster Academy students attended work experience at Morrisons, building the foundations of a fantastic working relationship between the school and the company. Angela has since organised for Morrisons employees to visit the school and provide CV workshops - further aiding students in their lives beyond the classroom.

When she started at Forster Academy, Angela noticed that careers in manufacturing were unknown or misunderstood amongst the majority of students. She said: “It is so important to raise awareness of the range of careers this industry offers, rather than just the generic stereotypes people might have.” She added: “This not only applies to students, but to staff too. My own experience of Bradford Manufacturing Week has given me an insight into the breadth of the industry as well.”

Throughout the week-long event in October 2018, students were able to enjoy factory tours, events, school talks, and take part in work experience days. 15 students from Forster Academy completed work experience days, 10 of whom attended an enterprise challenge at Christeyns, which involved creating and pitching a washing up product to the company’s directors.

The response that the school has seen from the students has been fantastic. Angela explained: “A lot of the event’s success came from getting the students out of school and engaging with workplace environments and employers, rather than simply being taught behind a desk.”

Being a new school, Forster Academy had never done work experience placements with their students before. Bradford Manufacturing Week enabled them to widen their portfolio of business contacts, some of which also took students for a second round of work experience in March 2019.  The school found that those who took part in Bradford Manufacturing Week 2018 tended to select manufacturing-based options when looking their next placement, demonstrating the lasting impression that the experiences had on the students.

Of Bradford Manufacturing Week 2019, Angela said “Last year the initiative helped our students to discover possible career paths and confirm the prospects of those already interested in the industry. The event was easy to get involved with, well organised and we can’t wait for the double bill in October!”